Want An Automatic Raise? Contribute To Your 401K!

The easiest way to give yourself a raise without having to ask your boss for one is to start contributing to your 401k at work.

Want An Even Bigger Raise? 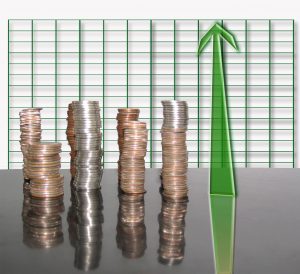 So Let’s Compare Some Numbers

Okay… so technically speaking, this isn’t a real raise in the sense that your employer isn’t giving you an extra dollar for an hour of your work. Rather, you’re reducing the amount that is included in your income for tax purposes. This leads to a lower tax bill once April 15th rolls around. And since most people get a refund when they do their taxes, they would now end up with a larger refund than if they didn’t contribute to their 401k.

These numbers were calculated assuming a person filed using the single filing status, the standard deduction, and had one exemption.

So what could you do with an extra two thousand dollars a year?

2 Responses to Want An Automatic Raise? Contribute To Your 401K!