Jason Fieber’s Net Worth And What We Learn From It 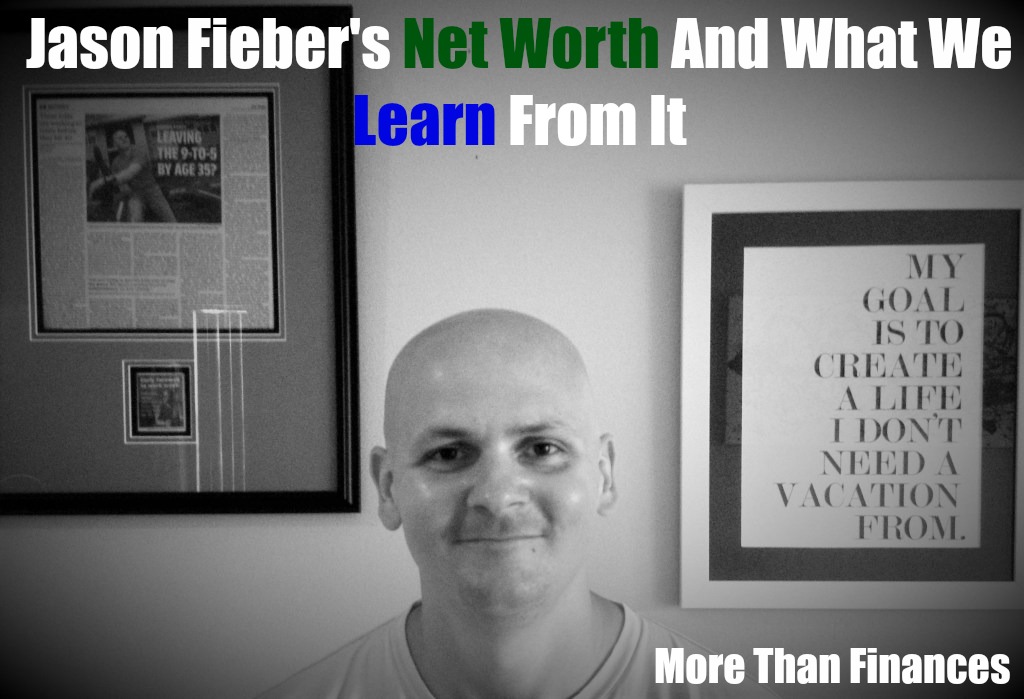 When I started getting my personal finances in order I searched for great examples online of people who had already done what I wanted to do. Jason Fieber is one of the people, if not the main person, that encouraged me to finally take my fiances seriously and was able to turn around. So now, years later, looking at Jason Fieber’s net worth and how he got here is a amazing privilege.

Jason Fieber is retired, at 33 years old at that. Unlike some who was born with money, he was born in one of the poorest areas in the country.

Not only did he not win the genetic lottery but when he started making money he spent every penny of it and then some getting himself in debt. He received an inheritance at 21 of around $60,000 and instead of paying off his debt he spent it on really nothing.

After making a ton of mistakes, and finally discovering his net worth was less then a baby, he decided to make big changes in order to live the life he wanted instead of the life he was living.

How Jason Fieber’s Net Worth Grew

Jason Fieber’s net worth is not due to creating an amazing product to sell, or service that he was able to sell for a few million dollars. Instead he made his money the old fashion way. He increased his income through side hustle’s such as freelance writing and writing for his own blog. At the same time he decreased his expenses by moving to a state with no state tax (Florida), getting rid of his car and taking the bus everywhere, as well as cutting his food cost.

He then took the difference and invested in dividend paying stocks. It took him years to hit $100,000, but once he did the next $100,000 came rather quickly and then the next and so on.

Jason Fieber’s net worth currently sits at $334,308.57 as of May 2017. For many, if not most this amount would not allow you to retire, however Jason has cut his expenses so low that just the dividend income ($11,251.42 annually) is more than enough to cover his expenses.

Is This Practical For Others?

While what Jason has done is amazing, it’s not for everyone. First off, he really only has to pay for himself. He is married but his wife pays for her half of the bills (again something that might not work for everyone). He doesn’t have children, doesn’t own a home, or a car, and rarely if ever goes on vacation.

Does his life sound like he is deprived of luxuries? Or really even basic necessities? Well things couldn’t be further from the truth. Jason loves where he lives and it’s almost like he is on vacation everyday. He loves being driven around on a bus where he is able to read, or talk to people. His luxuries are going to the gym, going to the movies, night’s in with the wife, and his dog.

All of us will stop working at some point, whether that’s well we are alive or not. Jason has grown his net worth to a point that he can pay all his bills and still have money left over.

If we want to have the same type of lifestyle then check out Jason’s site and see what he has done to create it. For most of us we won’t be able to cut back as much Jason can, but can we make some cuts in our life now for our future self? Find ways to make cuts and invest the rest.

You don’t have to invest in dividends like Jason, but instead invest in growing a business, or going back to school, or whatever else will provide more income for you in the future.