How To Spot A Fake Rich Person 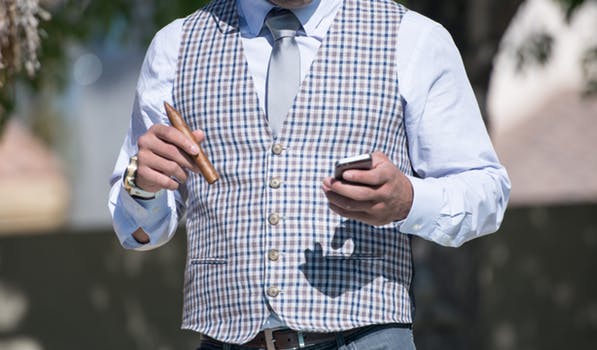 All of us would probably like to have a little more money. It would be nice to not to have to worry about paying the bills and be able to do whatever you want at any time. However, some people try to make it appear as if they are a lot richer than they actually are. While they can sometimes pull this off, there are usually some tell tale signs that can allow you to identify someone that is fake rich.

Their Things May Be Knock Offs

The fake rich may look the part with the clothes that they are wearing but on closer inspection, these may not be what they seem. They will often be cheaper imitations of designer clothing that cost a fraction of the price. There will usually be subtle differences in the designs of these clothes that will give this away.

Their Car or House May Be Leased

A fake rich person may be driving around in a fancy car but this does not mean that they have gone out and bought it. It is far more likely that the car has been leased. If you were lucky enough to win the jackpot when you play casino games at Wild Jack Mobile then you could afford whatever car you wanted.

The fake rich need to be reassured constantly that people understand just how rich they are pretending to be. They will often find ways of leading the conversation around to their latest purchases or a holiday they have just taken. They may become very skilled at getting people to ask them questions about their life and this can help them to validate the decisions that they have made. Or they may use clever means of fradulently convincing you that they have business or stock market success.

Fake rich people will take every opportunity that they can to talk about their supposed wealth and the things that they own. They may be particularly keen to point out the things that they have that you do not. While this type of behavior can be very irritating, you should try to remember that in reality, their life is nowhere near as good as they are trying to make it seem.

They Have A Need To Have The Latest Products

When a new phone or another piece of tech is released, then a fake rich person will often make sure that they are among one of the first to get this product. They will also take every opportunity to make sure that other people see them using it so they can be sure that everyone knows they have it.  Again, these products would probably have been purchased with credit rather than the person buying it outright. These are typically cars, designer clothing or watches purchased on credit.

One of the problems with maintaining a fake rich lifestyle is that people have to work incredibly hard to keep it up. It can be very difficult to stay within their means and they will often find themselves living from paycheck to paycheck. Ultimately they will probably not be as happy as they work so hard to seem.