Bitcoin Recession: How The Economic Recession Could Affect the Price of Bitcoin 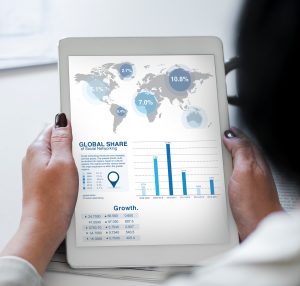 The concept of recession-driven value does not seem to matter much to a lot of bitcoin investors. While many individuals have some understanding of recession-proof jobs and the like, there appears to be little knowledge of recession-proof investments among the general populace of economies and the bitcoin (or cryptocurrency) community of investors within those economies.

The yield curve inverted in December 2018. With interest rate on five-year Treasury bonds slipping below the rate on three-year bonds, one could (and should) be worried.  The recession officially lasted from December 2007 to June 2009.

Down Goes the Stocks, Up Goes Bitcoin?

A survey by Fundstrat Global Advisors finds that three quarters or 72% of institutional investors believe cryptocurrency prices will rise during a recession. Its online Twitter survey finds 59% of respondents on Twitter agree.

Senior Market Analyst at eToro Mati Greenspan says Bitcoin was built on the ashes of the financial crisis to provide an alternative to fiat money run by governments and banks. The catalyst that makes people question the role of traditional institutions may indeed be a recession. Indeed, whatever causes the populace to lose confidence in the central bank issued currency of the populace may be what causes a higher demand for Bitcoin and potentially other cryptocurrencies.

Fundstrat’s survey suggests that the biggest factor influencing cryptocurrency prices is central banks. Analysts at cryptocurrency prime dealer, SFOX suggest that cryptocurrency price movements are usually not correlated to traditional markets. This means that investors could consider Bitcoin as an alternative asset class to mitigate the effects of a stock market crash. The side-effect of this, however is that virtual currencies could become more volatile.

The stock market’s near-yen year bull run shows signs of slowing down. A trillion dollars was wiped from the value of the industry favorites in Quarter 4 of 2018:

American economist and former US Treasury Secretary, Lawrence Summers, highlights the signs of economic downturn likely to happen, believing the global economy is more likely to suffer from a downturn than overheating in years to come.

Increase in taxation on cryptocurrency activities may at some point coincide with the increase in activity in crypto markets. Already, legal structures across various states encourage tax revenue growth.

“When” is not set in stone but “where” is almost certainly in the USA and of course the result will have an effect on other global players who’s economies’ dependence on it prove to be the archils heal in the economic downturn. Gold has played its part in times of perceived economic “turmoil”. The price of gold rose to $869.75 an ounce during the 2008 financial crisis. In 2011, the price was at $1,895.

While some believe bitcoin could play a similar role, the fact remains bitcoin hasn’t survived enough recessions to instill enough confidence in others that it is indeed a better alternative than gold. What’s more, if there was volatility in the markets following more investments in times of recession, it may be perceived as too volatile to invest in. However, this is where stable coins (DAI and etc) may play a significant role in saving the value of investments from corrosion. A stable coin backed by a mix of real-world assets could be a more viable alternative. The transparency of stablecoin suppliers will be of great importance in the choice of purchase.

In Quarter 3 of 2011, bitcoin prices were bellow $20 and similar headlines of hackings and “illegality” were floating through the internet and radio waves. From silk road to hacks. There are now more hands on deck improving the technology. Based on the circulating supply of 7.38 million bitcoin and prices of below $20 in Q3 of 2011, the market cap for bitcoin would be approximately $147,600,000 at the time. Prices steadily declined then picked up from December of 2011. This gave little indication of the peak prices that would later follow. Technology improved with time.