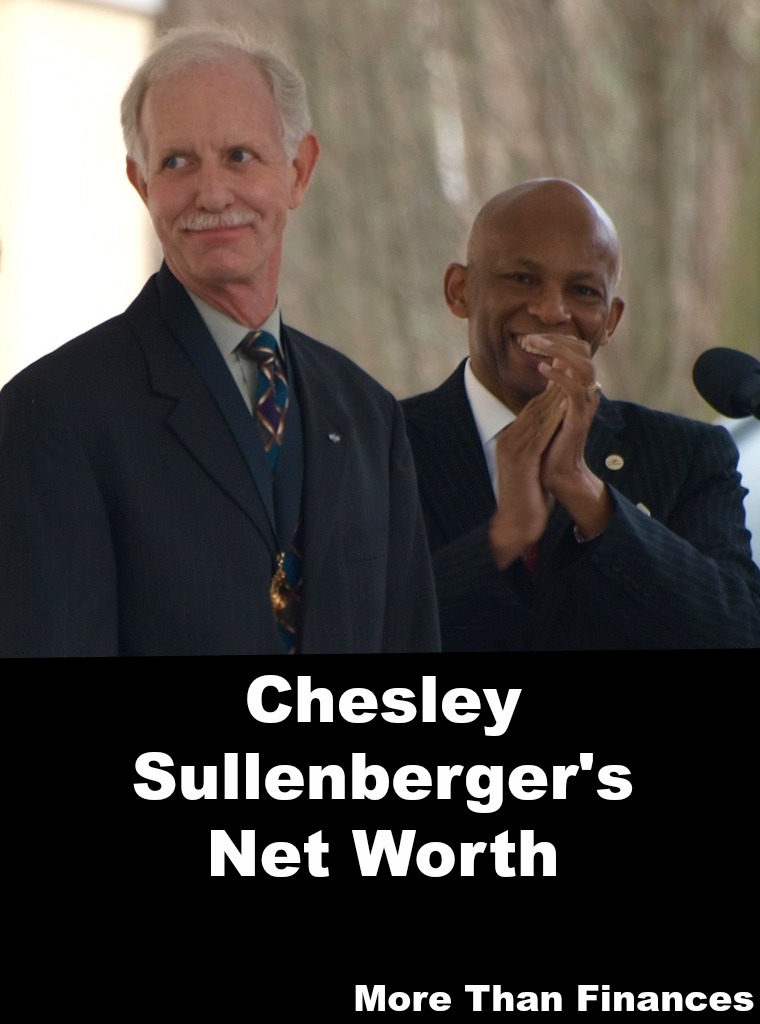 Who Is Chesley Sullenberger?

In case you haven’t seen the movie “Sully”, or watched the news a few years ago, Chesley Sullenberger is the Pilot who in 2009 saved 155 passengers. His plane had hit a flock of geese and was in danger of crashing. Not close enough to any airport he made a on the fly (pun intended) decision to land the plan in the Hudson, saving himself and all the passengers on board.

A few years later he retired, not because of the fame that came from this heroic feet, but because he had a long career and wanted to pursue other endeavors.

Chesley Sullenberger’s net worth is $2 million. Which for the majority of us sounds like a lot of money. However, keeping in mind that he has worked for over 40 years, and is older than most that we discuss their net worth, it seems kind of low.

Instead of reaching fame and fortune he slowly built his wealth over years, through cutting costs, saving money, and letting the stock market do it’s job. Sure his net worth did increase with his fame but not to the degree you would expect.

On top of that he also published several books and became a motivational speaker, making even more money.

What We Learn From Chesley Sullenberger

Making a million over night isn’t the only way to make money. Sully is a millionaire, but he didn’t get there as a young man. It took time, determination, and work. He made a decent income from his job as a Pilot, and saved what he could. He reached the goal of becoming a millionaire but not quickly.

We can learn from this. We could start a business, become famous, or inherit money. Or, we could simply put the work in, save the money and still reach the same goal. For the vast majority of us this is the better, and only option. We need to focus on what we CAN do, not what we would LIKE to have done.

Sully hasn’t allowed fame to change him. He stopped flying planes, but he would have done that anyway. He wrote a book, and gives speeches but he likes that. Sure he makes some money but he does what he does because he truly believes in it. And hey, he’s retired that’s the time to do what you believe in.

We don’t have to wait till we are millionaires to do what we believe in. Create the life you want now no matter what that is it’s within your grasp just reach out and take it.