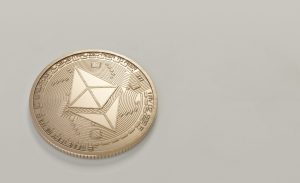 Ethereum has had a fairly dramatic and complex journey in the crypto sphere. It is expected when the hopes of many are in the altcoin. With a market cap of $14,010,648,219 USD and circulating supply of 105,221,701 ETH appears to show prospects of significant future growth as it still has space to reach and possibly surpass all-time-highs of $1,448.18.

In 2017 (especially in Q4) many investors wanted to buy bitcoin and Ethereum with the intention of using them to buy ICO tokens. Thus, the demand for bitcoin and Ethereum was not (in its entirety) a good representation of sustainable demand. Nevertheless, it is reflective of a source of demand for Etthereum, which if increased through decentralized application activity on Ethereum blockchain, could result in significant gains. XRP, in contrast, has led a seemingly less complex trail in the marketplace.

News of XRP taking over Ethereum’s position by market cap with $18.84 billion could have enticed most to assume that XRP is the go-to altcoin. This shouldn’t be a basis for comparison of the virtual currencies when one considers that Ripple has a history of increasing circulating supply of its coins. This, in turn, affects the market capitalization. This is nothing new. Other coins such as ADA, TRX, VEN, and DAG have made similar moves in the past. The control which XRP has over its supply should be of concern to investors. The third party holding the coins could be under pressure (for better or for worse) to use control over supply to control market cap. It could take a while until the “mystery” unfolds. It may be at $5 if at all but it’s too early to tell.

Ethereum in contrast, despite the fact that supply may be held among a few, is decentralized. Still, concerns loom over the fact that 80% of the hash rate (the physical hardware for bitcoin) is geographically located in China and controlled by 6 pools/operators. In this sense, bitcoin is heavily centralized which could serve as a major security risk to bitcoin. This isn’t necessarily due to the nation but rather the fact that human actors have such significant control.

Ethereum’s hard fork shows, there are always ways to get around the cybersecurity risks tied to cryptocurrency. After cyber theft which left the largest ICO at the time without funds, Ethereum split into new blockchains: Ethereum Classic (ETC) and Ethereum (ETH). Ethereum replaced stolen funds while Ethereum Classic chose to function without recovered funds. Still, cybersecurity threats persist (especially for exchanges).

Nicholas Weaver, UC Berkeley ISCI professor is of the view that higher electricity costs per hour for miners of cryptocurrency can serve as a good indicator of safe a blockchain network can be. The more expensive it is to mine a block, the more it costs to outspend honest miners to manipulate transactions.

Ethereum is the silent assassin. A look at defipulse.com shows total locked value of $327.4 million in lending, derivatives, assets, decentralized exchange, and payments categories. These offerings are based on the Ethereum blockchain with cryptocurrencies such as MKR, Augur, and Dai. Backed by developers with seemingly sincere intentions to create a better world, there is a chance something great could come out of the various service offerings being built on Ethereum. There is also a possibility that stifling regulations and other factors could catch up. It wouldn’t be the first time. For now, market cap does not appear to be a priority for the players as much as the soundness of the technology. With a few taps of a keyboard, the market cap can vanish for virtual currencies without sound technical infrastructure. Ethereum is building an environment that could be self-sustaining as a new financial paradigm.