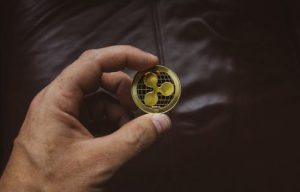 JPMorgan proposal for a fiat backed cryptocurrency isn’t a surprise considering the growing excitement for cryptocurrencies. Still, it is important not get swept away by the tide of excitement around the virtual currency. Exchange of payments with credit cards or apps is nothing new. This is why JPMorgan’s virtual currency may have more of a bark than a bite.

Use Cases and Features

JPMorgan’s blockchain lead says the technology has three main use cases including instant international payments, minimization of the time lag between the settlement of transactions and their payments, and the replacement of dollars that are at the disposal of the divisions of corporations that use the service of JPMorgan stores.

It can also be used to provide instant settlement for securities issuance and to replace U.S. dollars held internationally by users of JPMorgan’s treasury services. In other words, it’s for institutional use but could eventually be used for mobile payments.

JPM Coin is a stablecoin. Clients receive the token after payments of fiat are made to the bank. Once all calculations are completed, JPMorgan burns the coins and returns the corresponding amount of fiat dollars to the deposit owner. Testing will only be done by large institutional clients like corporate banks and broker-dealers.

Is JPM Coin a Better Investment than XRP?

While it may be early to tell whether not JPM Coin will be of value to users, many have speculated that it could threaten XRP by Ripple due to the similar nature of functions both coins carry out.

Two scenarios are likely to play out in JPM Coin’s use. All banks around the world may have to agree to put aside competitive and geopolitical difference to adopt the same digital set and agree on their rules. This is a significant challenge. There is a likelihood that other banks will issue their own digital assets in order to remain competitive. This may, of course, complicate reconciliation between rules between competing banks if a need arises to carry out settlements with their unique coins on a deal. Citi’s Citicoin and Goldman Sach’s SETLcoin are examples of potential competitors.

Backed by a basket of currencies, it becomes harder to define the coins as an asset but rather as a liability. Trading liabilities requires moving cash across borders which does not appear to be any different from the current system.

Ripple aims to replace SWIFT using its decentralized ledger technology. Hovering at $0.32 its virtual currency XRP is a top 4 traded digital asset. While JPM Coin and even other bank coins could threaten it for cross-border and remittance, the fact remains that JPM Coin is based on a closed network, which makes wider adoption harder, even if it becomes available for use by non-institutional entities.

Ripple has more than 200 banks and payment providers on its network across several geographical locations from Asia to the Middle East. Even Africa has had its fair share of XRP use cases. XRP was priced above $3 in early 2018 and is now 30 cents. This sharp decline in price is a significant reason to choose the dollar backed JPM Coin over XRP. Nevertheless, the technical infrastructure of the technology needs to be revealed to provide a better basis of clarity. With virtual currencies, technical fundamentals are everything. Without technically sound technology, the long-term value can easily wipe out short-term gains.

One Response to Could JPMorgan Coin make Ripple XRP Less Attractive to Invest In?