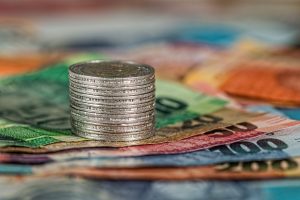 At a recent conference, it was revealed that stablecoin could be classed as securities. US Securities and Exchanges Commission (SEC) senior advisor for digital assets, Valerie Szczepanik believes stablecoin should be classified as:

Although a final decision has not been made, it is telling of the direction in which regulatory control of stablecoin could take in the future.

Many stablecoins are backed by unstable central bank-issued currencies. That in itself is a reflection of the currency risks which still exist despite the use of stablecoin. Of course, not all stablecoins claim to be backed completely by a state-issued currency. Only last week, Tether changed its policy, saying its cryptocurrencies were backed by the dollar as well as digital assets.

The veracity of hope in stablecoin is as strong as ever regardless of the criticism of it. Stablecoins have served as a measure against the risk for many.

Stablecoins become more popular around the time of the 2018 crypto crash. The crash resulted in losses of 80-90% in capitalization within a year. For many investors, stablecoins would become part of the go-to risk management strategy.

Circle, on the other hand, published several reports which show the USD reserve for USDC token. Outstanding tokens were backed by $307,848,312 in custody accounts. Paxos followed closely with its reports showing 109,543,189.7 in USD backed reserves.

The line between centralization and decentralization are highly blurred when it comes to stablecoins. Fractional reserve banking may be at play, which means third-party risk isn’t reduced though stablecoins. With this in mind, it is clear that the underlying technology of many stablecoins leaves them exposed to risks which make them susceptible to potentially high operational risks.

With bitcoin, stop-losses can be set to make investments much more “stable”.  Tether was able to set its policy on its reserves, change it, then change it again without much thought to the immediate effect on holders. Without this consideration, assets could be exposed to the whims of a stable coin that fails to meet the trust standards of more decentralized models like bitcoin.

The regulations of stablecoin, may in the future, prove to be more effort than its worth. Efforts to make stablecoin useful are likely to result in regulatory restraints. It will be a case of “if you can’t beat them, regulate them”.